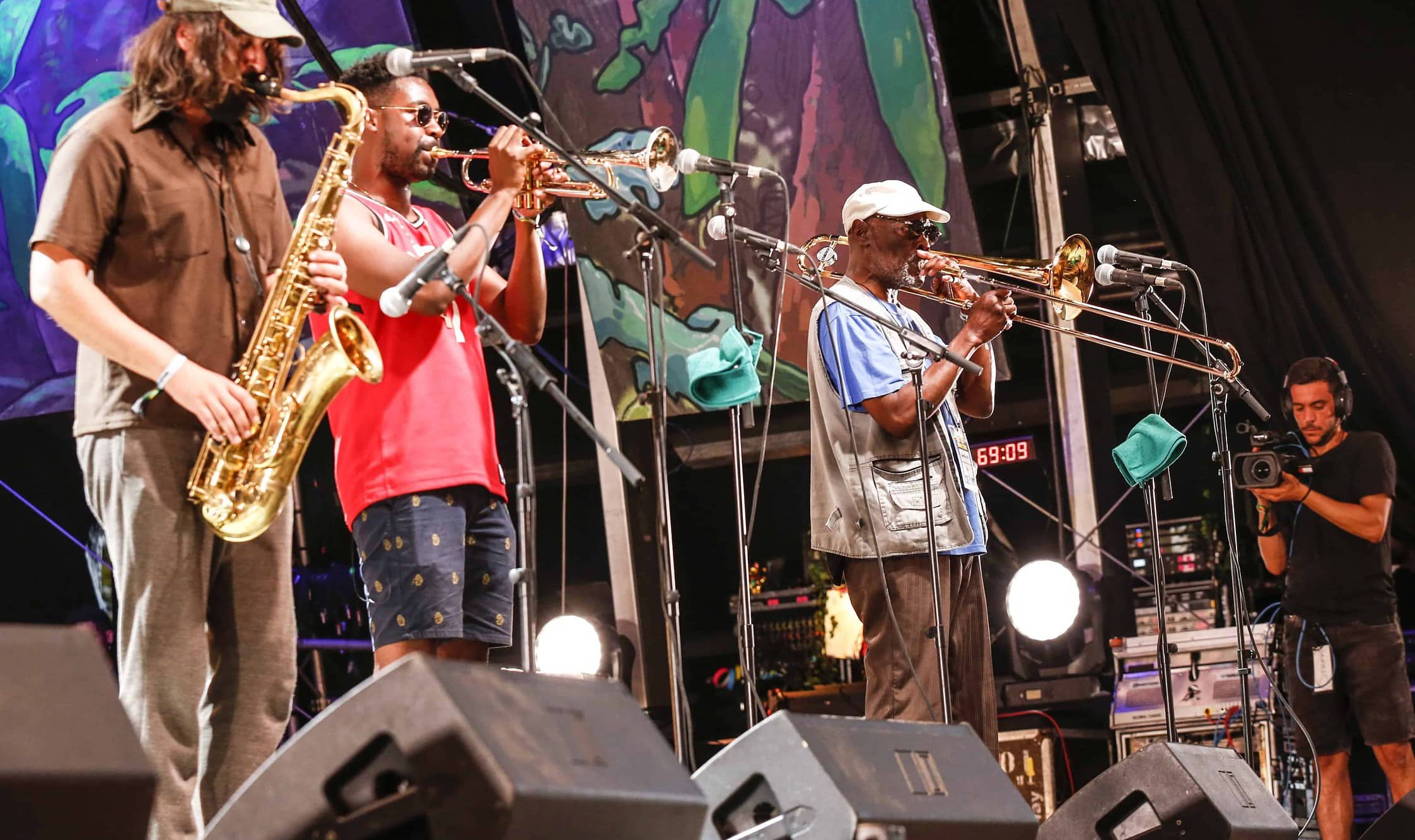 The current Skatalites are made up of legends from Jamaican music history such as bassist Val Douglas, percussionist Larry McDonald and trombonist Vin Gordon, as well as younger musicians, who this tuesday aimed to evoke the beauty of original ska through a magical set list of classics, impeccably performed with beautiful jazz solos.

Among the best songs ‘El Pussycat’ stood out. A ‘Rock Fort Rock’ with great moments from the rhythmic section and in particular with a great percussion solo by Larry McDonald; as well as ‘Real Rock’ with a quote from the great Jackie Mittoo, an absolute genius of Jamaican music who started his career as a youngster at Studio One with the Skatalites.

Another great moment of this beautiful concert was also Julian Marley‘s entrance to sing ‘Simmer Down’, one of the great hits of the ska era of the Wailers at Studio One, formed by his father Bob, Bunny Wailer and Peter Tosh.

After the tribute to the tradition of The Skatalites, it was the turn of the Brazilian sound of Natiruts, leaders of the reggae scene in a country that shares with Jamaica the massive deportation of slaves from Africa and, therefore, the great influence on the national music culture of the African component.

Natiruts is one of the oldest and most successful Brazilian reggae bands in their country. Their originality undoubtedly resides in colouring their idea of reggae music with the many brushstrokes 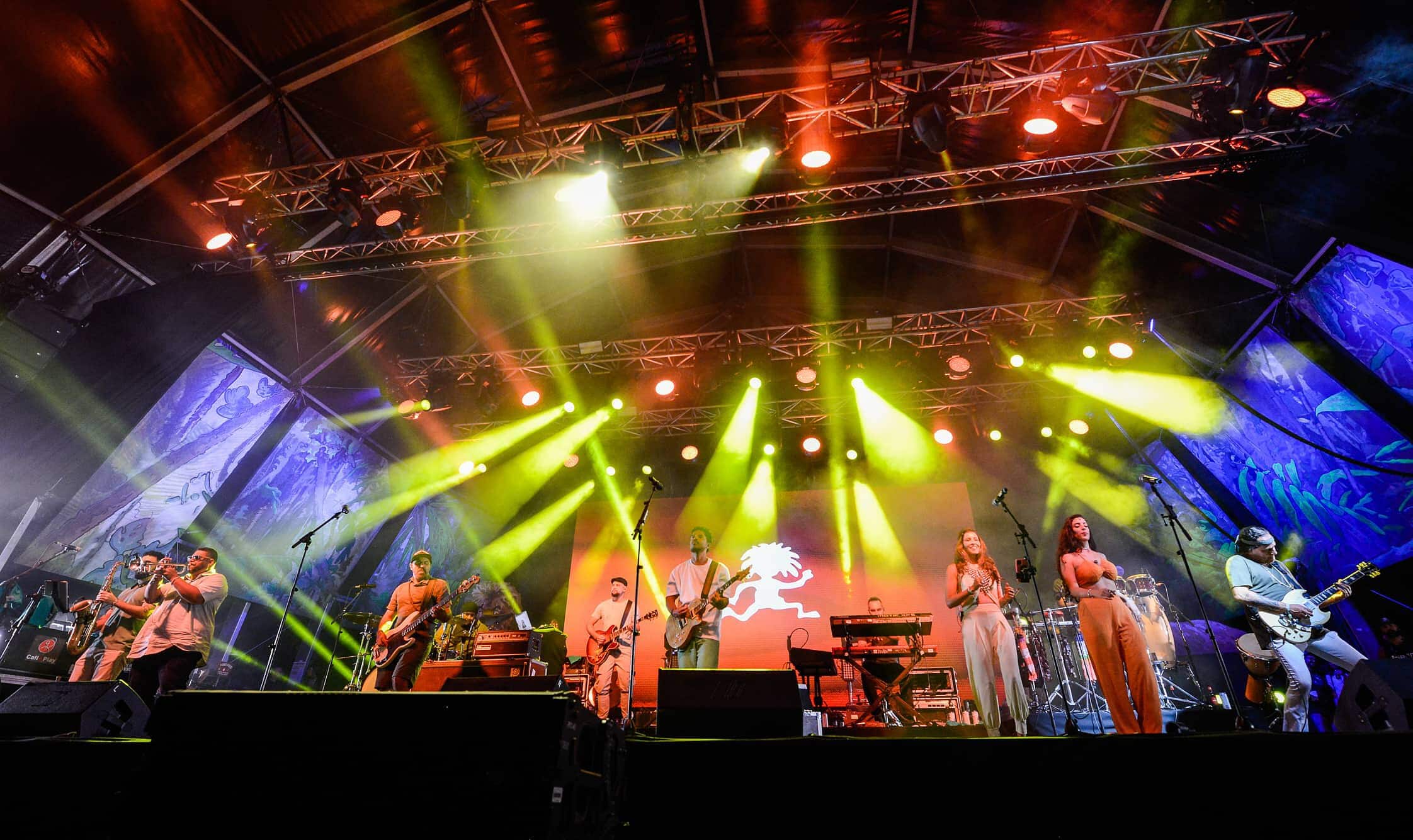 of the incredible Brazilian musical heritage. Their concert was a magical review of their hits, with songs ranging from roots to more catchy ones, influenced by MPB and funk, as well as the great Brazilian flavour, accompanied by the audience, who sang their lyrics in unison.

The strength of Natiruts‘ proposal demonstrated once again the great capacity of reggae to globalize, easily merging with various cultures of the world to present something unique and exciting.

But without a doubt, the most anticipated artist of this 2022 festival was Damian Marley. Perhaps the most talented of Bob Marley‘s sons, who has decided to bring his father’s legacy to the contemporary world.

The concert that closed his European tour did not disappoint the audience at all. His musical proposal, between the natural mystique of the music of his legendary father and Damian’s great love for American hip hop and black urban music, has earned him enormous success and the obtaining of two Grammy Awards, the most important award of the American music industry. 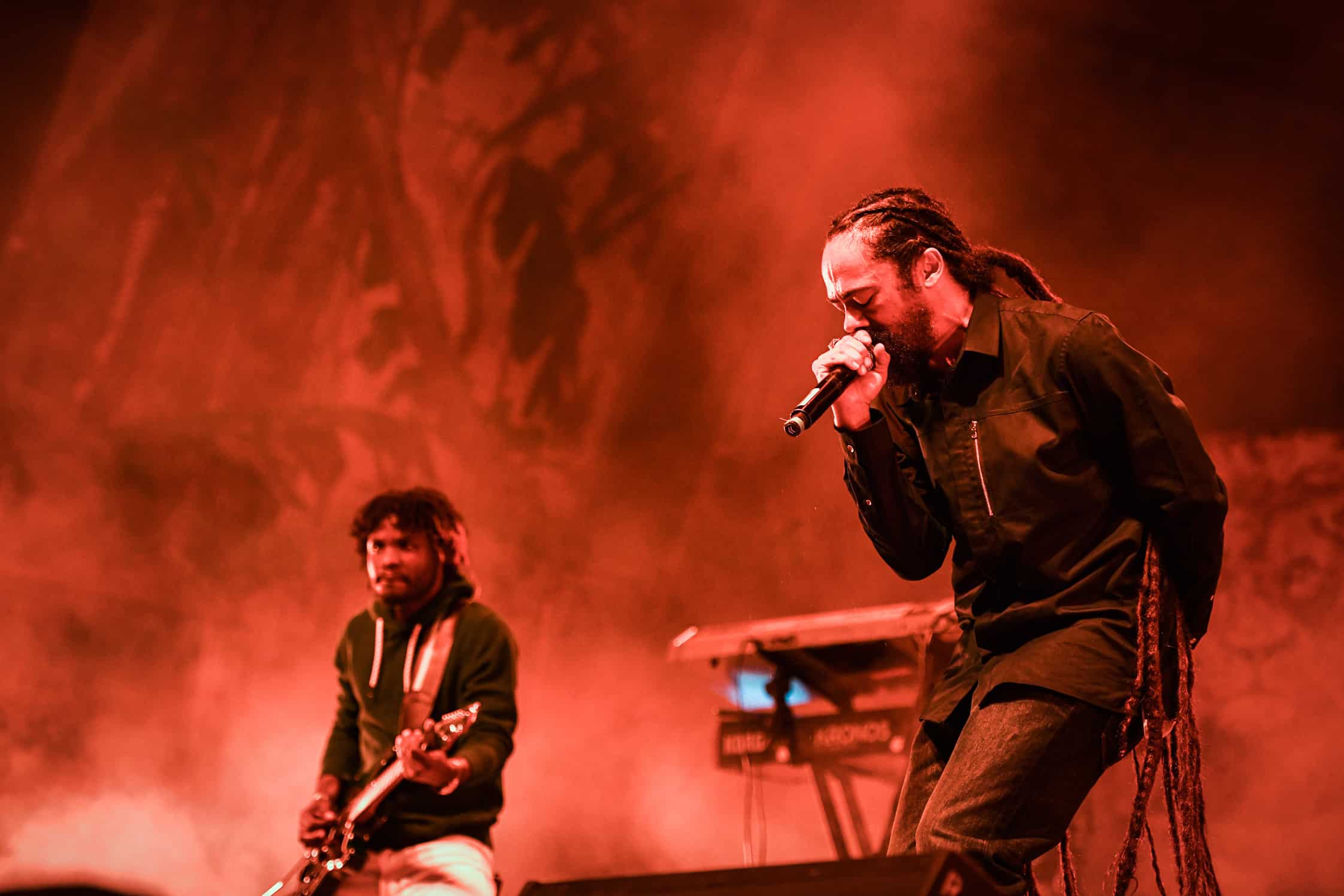 An instrumental version of Bob Marley’s ‘Sun is shining’, performed by his very solid band, preceded Damian’s powerful entrance with ‘Nail Pon Cross’. And from there, the concert continued with great versions of songs from his various albums, including an almost moving ‘There for You’, ‘Everybody Want To Be Somebody’, as well as the anti-prohibition moment of ‘Medication’.

References to his father’s music repertoire were obviously present, with ‘Is This Love’, ‘War’ and the remixed ‘Exodus’, as well as ‘Move’, and even the beautiful interpretation of ‘Could You Be Loved’, during which once again, his brother Julian Marley was invited to appear on stage for this great moment.

In the final part, Damian also played ‘Red, Gold & Green’, his new single in combination with Kabaka Pyramid, while, as expected, he closed the last encore with the smash hit ‘Welcome To Jamrock’, leaving the demanding audience of this great festival satisfied.

It was definitely a night full of emotions and what’s best is that we’re only at the beginning!!!