It was a special edition. Especially for a worldwide community that wanted to relive the Rototom Sunsplash experience. For resilience put to the test. For the festival-goers that have trusted and waited during these two years of forced hiatus. For the line-up and the extra-musical programme that have made the case for wanting to be part of the international reggae festival of Benicàssim. The figures from by this 27th anniversary prove that the Rototom universe is still going strong. 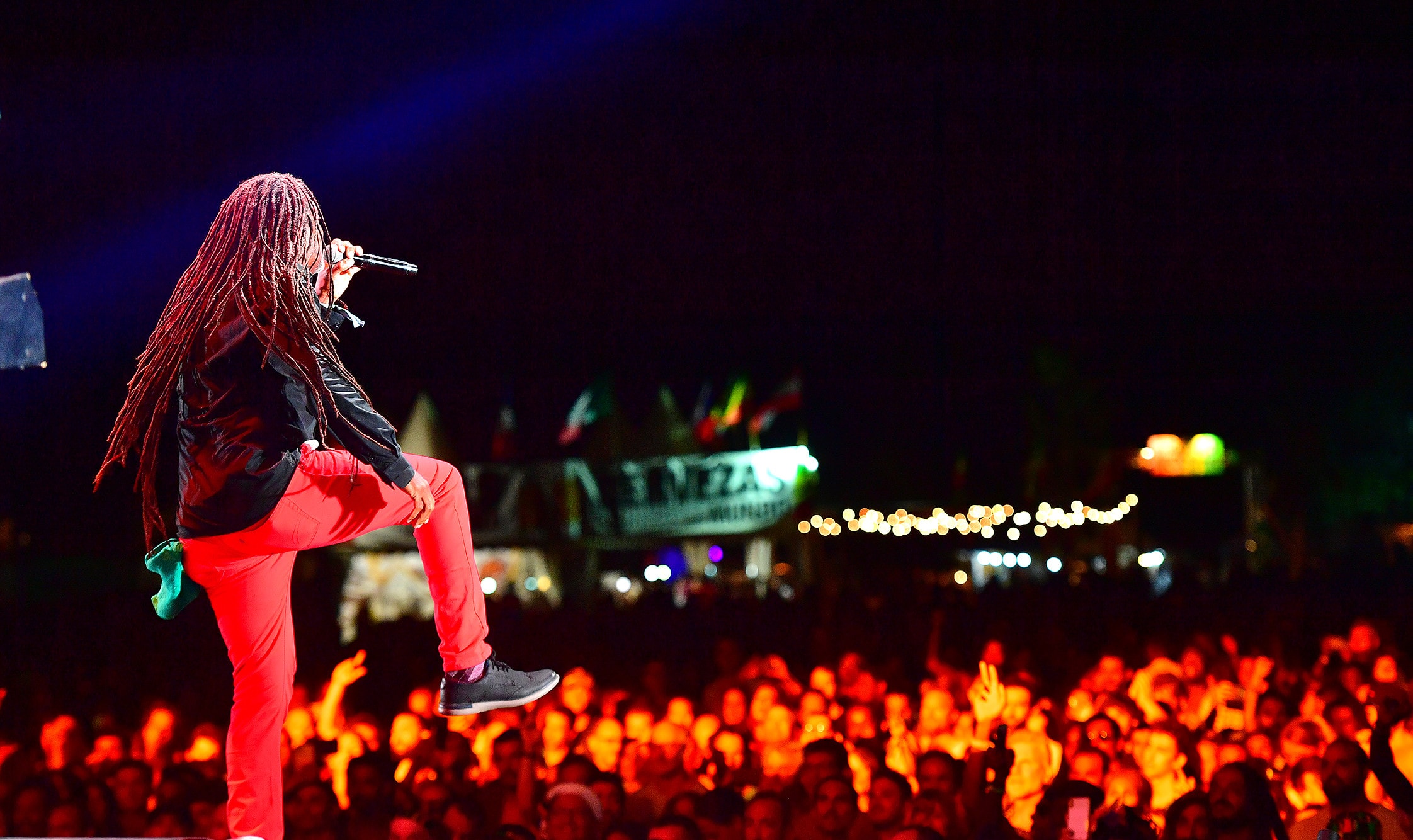 Audience. During one week, 211,000 people of 77 nationalities across five continents have gathered at the Benicàssim concert venue. The majority came from Spain, France, Italy, Germany and the United Kingdom, although there were also people from Uruguay, Egypt, Thailand, Kenya, Haiti, Indonesia, Vietnam, Trinidad and Tobago, Iceland, New Zealand, among many others.

A diverse audience forming community; a team. A meeting, which demonstrated this in a special way, when in the last hours of the second day of the festival (Wednesday 17th August) the concert venue had to be evacuated as a precautionary measure, and fortunately without incident, due to strong winds. “The reaction of the people attending the festival was collective and exemplary; it showed that in difficulty comes union, and that people who go to Rototom are involved not only with the musical event itself, but also with the universe and the philosophy it has built. They feel this as a part of their lives”, say the organisers. With this episode, the edition experienced an intermittence that didn’t manage to slow down the proceedings, which have continued normally until the final night.

From Benicàssim for the world. The festival has gone beyond the confines of the concert venue thanks to live streams of the Main Stage and Lion Stage shows, as well as the main debates and sessions in the Reggae University during the week. The three channels have brought Rototom Sunsplash closer to 2,835,000 people from all over the world, who have followed the festival live via the web and social networks. These views have added followers from 90 countries, who enjoyed more than 650,065 hours of live broadcasts from the festival’s various digital channels.

More than music. These seven days of the festival have added up to almost 200 concerts and sessions, but the artistic parade that has made it possible to bring them to the stage has not only taken place on the seven stages of the event, but also in front of them. There have been several artists who, whether or not they were part of this year’s line-up, have also travelled to Benicàssim to experience the festival (for example the presence of Green Valley, among others). Also, to help build it on other platforms beyond the strictly musical side, as shown by the collaborations in the Reggae University sessions, where the audience has been able to enjoy close dialogues with Julian Marley, Horace Andy and Luciano.

Culture and learning at a festival that involved daytime and family-oriented activities.

Cultural areas hosted the daily daytime activities, from the opening of the area until sunset, marking the start of the concerts and the transition to the night-time lineup. Children, teenagers and families discovered a jam-packed agenda for ‘festivaling’ as a team in Magicomundo, the Teen Yard, the Artisan Market, Pachamama and Jamkunda, with its Afro dance sessions, demonstrating that Rototom Sunsplash is an experience that unites generations. The Teen Yard, the area for teenagers, which continues to expand its offering, has also attracted an adult audience to its multiple workshops. “That’s where the festival’s openness lies, in the attitude of the festival-goers who undoubtedly contribute: their involvement, their global vision and their desire to learn and take part as well”, say the organisers. 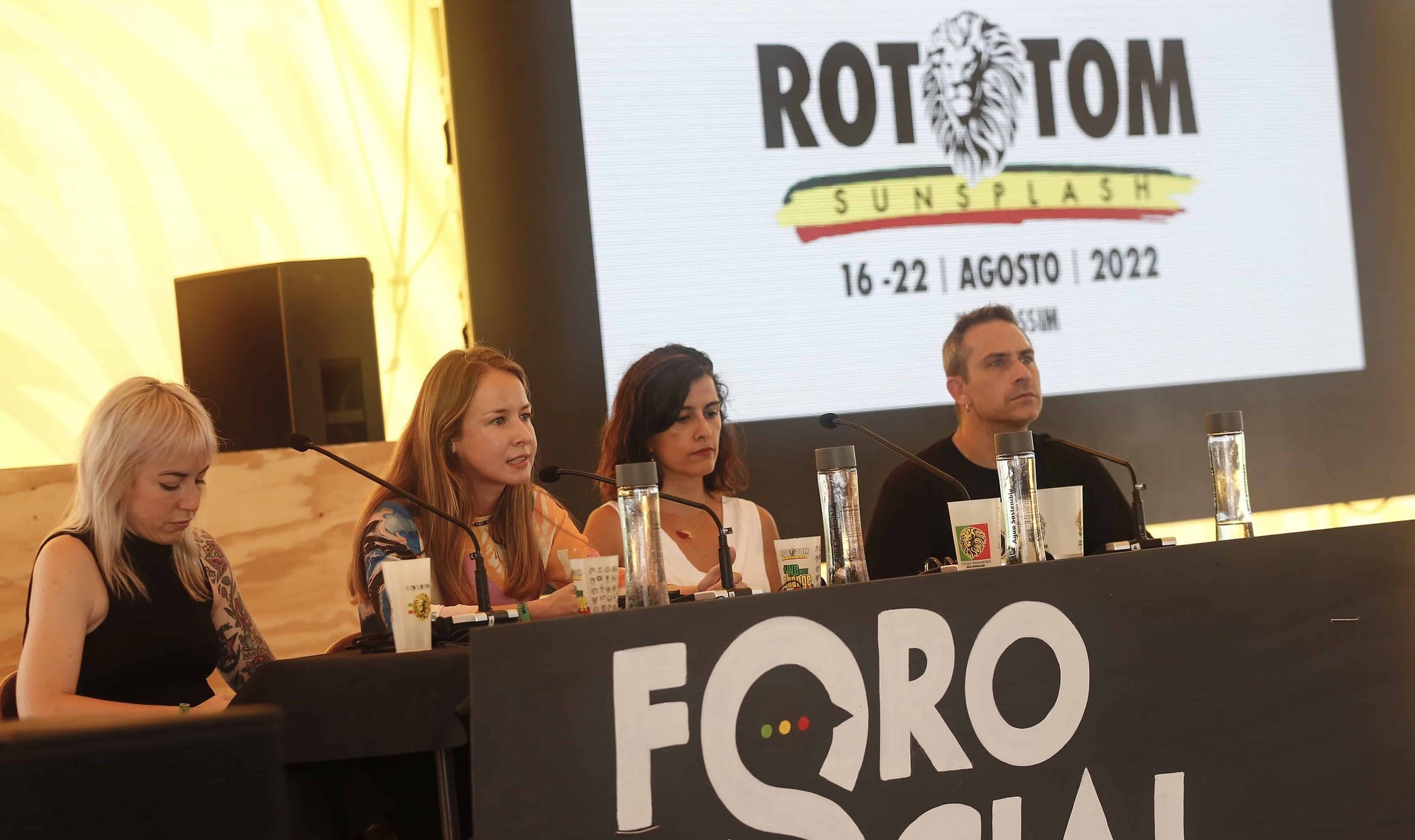 Each of these spaces expands the idiosyncrasy of the festival, gives it colour, rhythm, life, and shows that it is an event that goes beyond a purely musical experience. The experience can be enjoyed regardless of age. This is the uniqueness of Rototom: this 2022 has managed to create an atmosphere that can only be understood by showing up.

Visions to change the world. A few hours after the curtain came down, the images of the debates at the Social Forum, which had no free seats, still linger in the minds of those who have passed through the festival. With hundreds of people per session, united by the desire to embody the slogan of this year’s edition: ‘We must change the world’. Attendees were involved in accompanying these expert voices that have landed in Benicàssim to talk about the global challenges that threaten the planet (from pandemics to war or climate emergency) and seek solutions to these issues. Thinkers, scientists, environmental activists, journalists and political scientists who, once here, “were surprised by the symbiosis created during and after the debates, and by what they discovered as soon as they passed through the doors of the venue”, explained the Social Forum.

The more reflective profile of the festival was also felt in Ataya, the debate area of the reformulated Jamkunda, whose challenge was to make the proposals for African action and those of the Afro-descendant community visible through art, culture, sports, literature and film by some twenty speakers.

Going greener: towards carbon neutrality. The ‘We must change the world’ edition left milestones, such as having made Rototom Sunsplash the first festival in Europe to measure, verify and certify (by Aenor) its carbon footprint, thanks to a project implemented by Tuawa and Global Omnium. The event thus reinforces its environmental commitment, already reflected in the fact that it is plastic free. For yet another year, it has eliminated the use of water bottles; this year 140,000 bottles have been saved, which is equivalent to more than 39 tonnes of CO2 no longer being emitted into the atmosphere. It has installed more fountains and water refilling booths, with the collaboration and participation in the logistics of Tuawa+Global Omnium and Ecozona Iberian. The latter has made 14 water supply booths available to the public throughout the venue, “a gesture that we are grateful for and that is key to our commitment to making Rototom a more sustainable event”, according to the organisers.

In addition, the festival has championed its system of reusable cups to raise money: all the proceeds will go to Casda and Conquistando Escalones to support hopeful research in the fight against AIDS. The festival’s social commitment has also been transferred to the collaboration campaign with the Food Bank through the organisation FoodRation4All and its project ‘Nadie sin su ración diaria’ (No one without their daily ration).

Sustainable. Social. Committed. Diverse. Multicultural and international. Under these premises, Rototom Sunsplash is already planning its 2023 edition, the 28th, to continue expanding the history of the biggest reggae event in Europe. From 16th to 22nd August. From Benicàssim, once again, to the world.