The penultimate party on the Main Stage turned this Sunday night into an absolutely memorable evening for various reasons. While the twilight surrounded the outlines of the nearby mountains, the Abyssinians of Donald Manning, only original member, were the first ones to be on stage that evening. 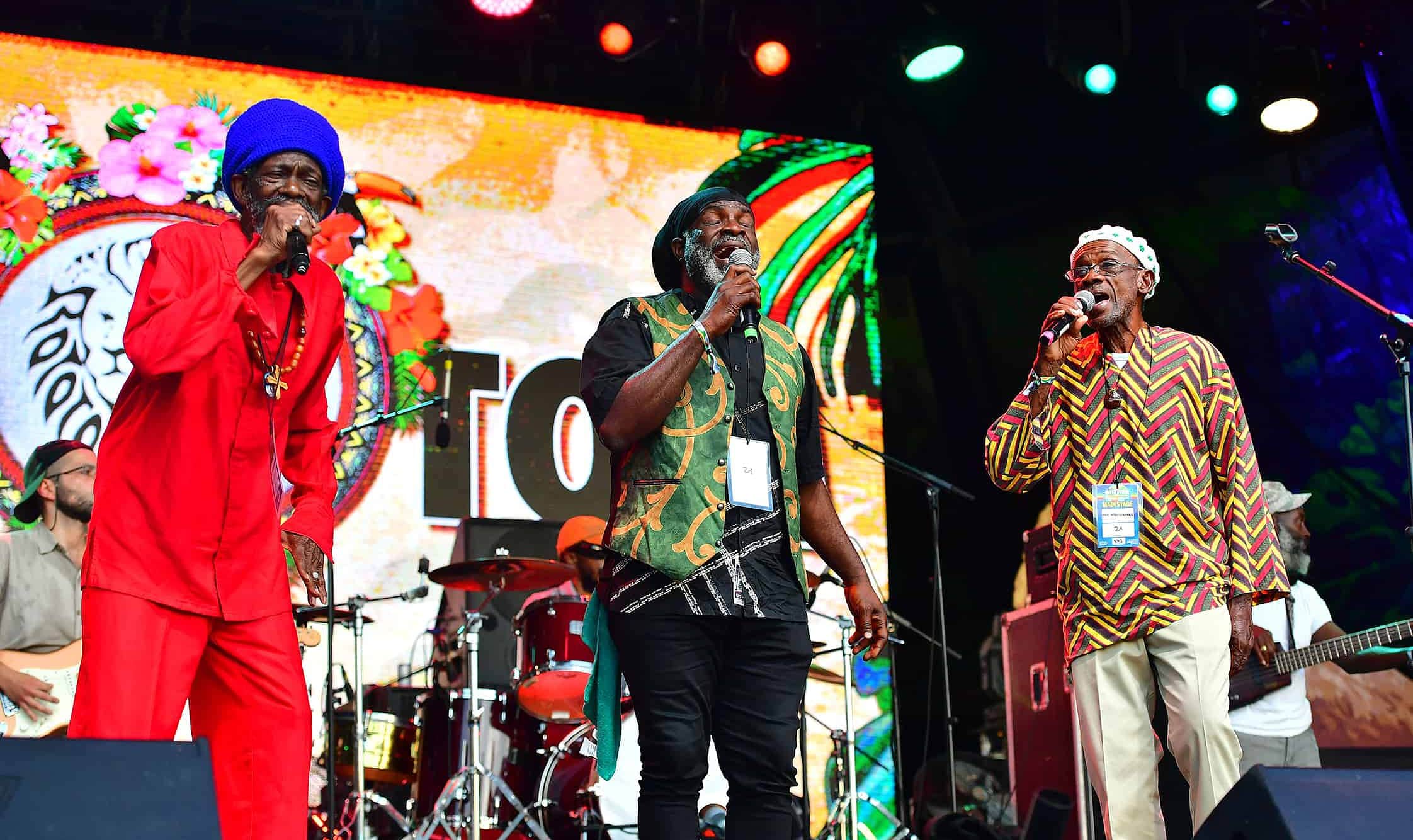 At the end of the 60s, these young rebels from the ghetto began to fill their music with feelings of vengeance, recognition of social justice and exaltation of African culture to initiate, alongside the Wailers, Burning Spear and some other young artists, the important aspect of roots reggae.

Although too many years have passed since then, The Abyssinians continue to carry their message and their great songs, made up of perfect vocal harmonies that touch you deeply.

This is the case of ‘Y Mas Gan’, with which they started their concert, highlighting the fact that The Abyssinians were the first ones to include sentences in Amharic in their lyrics, the language spoken in Ethiopia, the land of Haile Selassie, the emperor considered a holy figure by the Rastafarians.

The three members of the group moved around the stage with great ease, intertwining their vocal  harmonies to interpret songs that most securely have become key pieces in the history of music like ‘Declaration Of Rights’, recorded for Studio One in 1969, or the crucial ‘Satta Massagana’, songs that especially thrilled the festival’s audience. 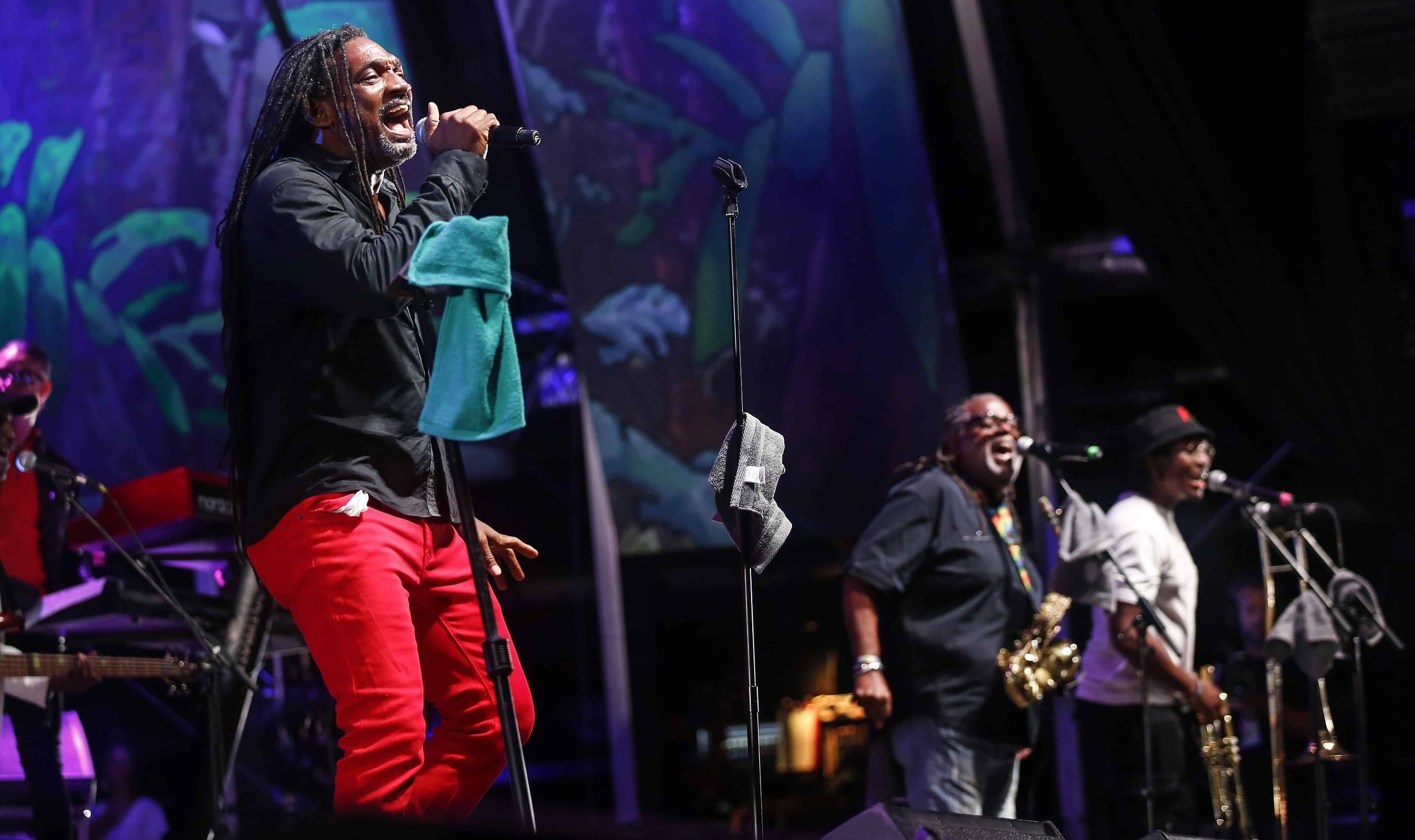 The great moments linked to the great history of Jamaican music continued with the show of The Revolutionaries. A recreation of the band that wrote great pages in Channel One studios.

Although the brilliant drummer Sly Dunbar recently lost his longtime partner, the late bassist Robbie Shakespeare, he reunited with his first partner, Lloyd Parks, another great bassist and an absolutely relevant musician.

Apart from this rhythmic pair, other members of this All Stars group included the saxophonist Dean Fraser, the guitarist Chinna Smith and the keyboard players Bubblers Waul and Lenky Marsden.

A long-awaited concert for the classic reggae lovers, which was the only opportunity to listen to an incredible variety of songs performed by the same people who created them at the studio.

The live show began with a tribute to Studio One to then move through the main creations of the one and only Sly Dunbar. A section in which they also included songs from Black Uhuru. Moment in which Lloyd Parks was the protagonist to sing classics like ‘Mafia’ and ‘Officially’. Songs combined with some absolute delights played by Dean Fraser on the saxophone, but also heartfelt tributes to legendary giants such as Gregory Isaacs, Mighty Diamonds and Dennis Brown, intertwined with some unique moments, like the great interpretation of ‘Baltimore’, one of Nina Simone’s greatest hits, which the Tamlins picked up in Jamaica. 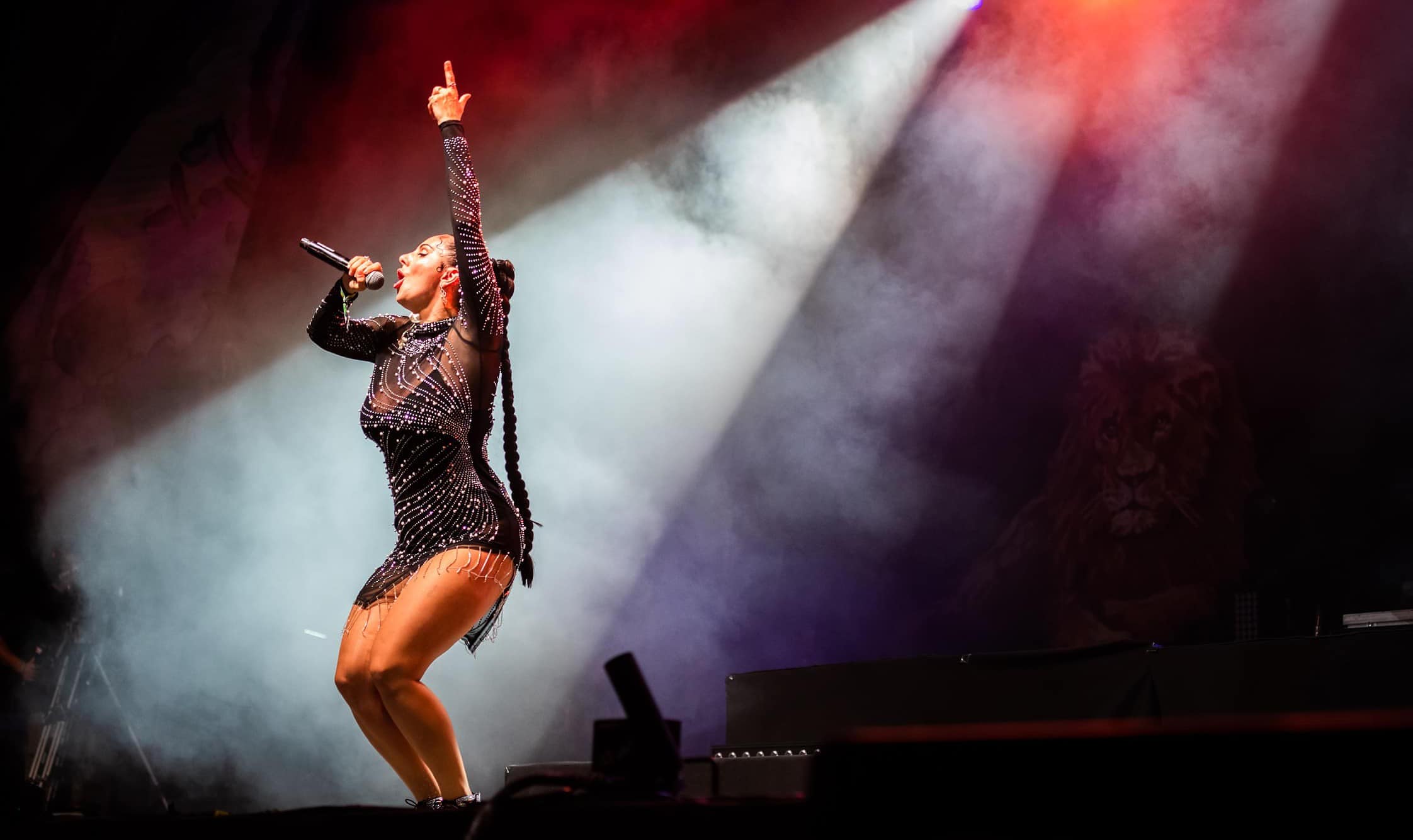 The quality level was very high since we were in front of extraordinary artists, who offered a truly unforgettable show.

Another example of the ability to change stage in a short time came with the Spanish talent of Mala Rodriguez, who performed after The Revolutionaries, as absolute national star, who moves between R&B, hip hop and dancehall. A show based on the peculiarity of rap exhibitions, with the space of the stage occupied solely by a selector who played the backing rhythms and by Mala herself, singing and performing her different dance moves alongside two talented dancers.

Active for a long time and top of the Spanish pop charts, this artist has taken advantage of the break provoked by the pandemic to release two albums entitled ‘MALA’ (2020) and ‘Amor Y Odio’ (2021). And precisely the songs from these two albums, together with hits like ‘Tengo un trato’, were the ones that supported a highly appreciated show by the youngest Spanish audience. 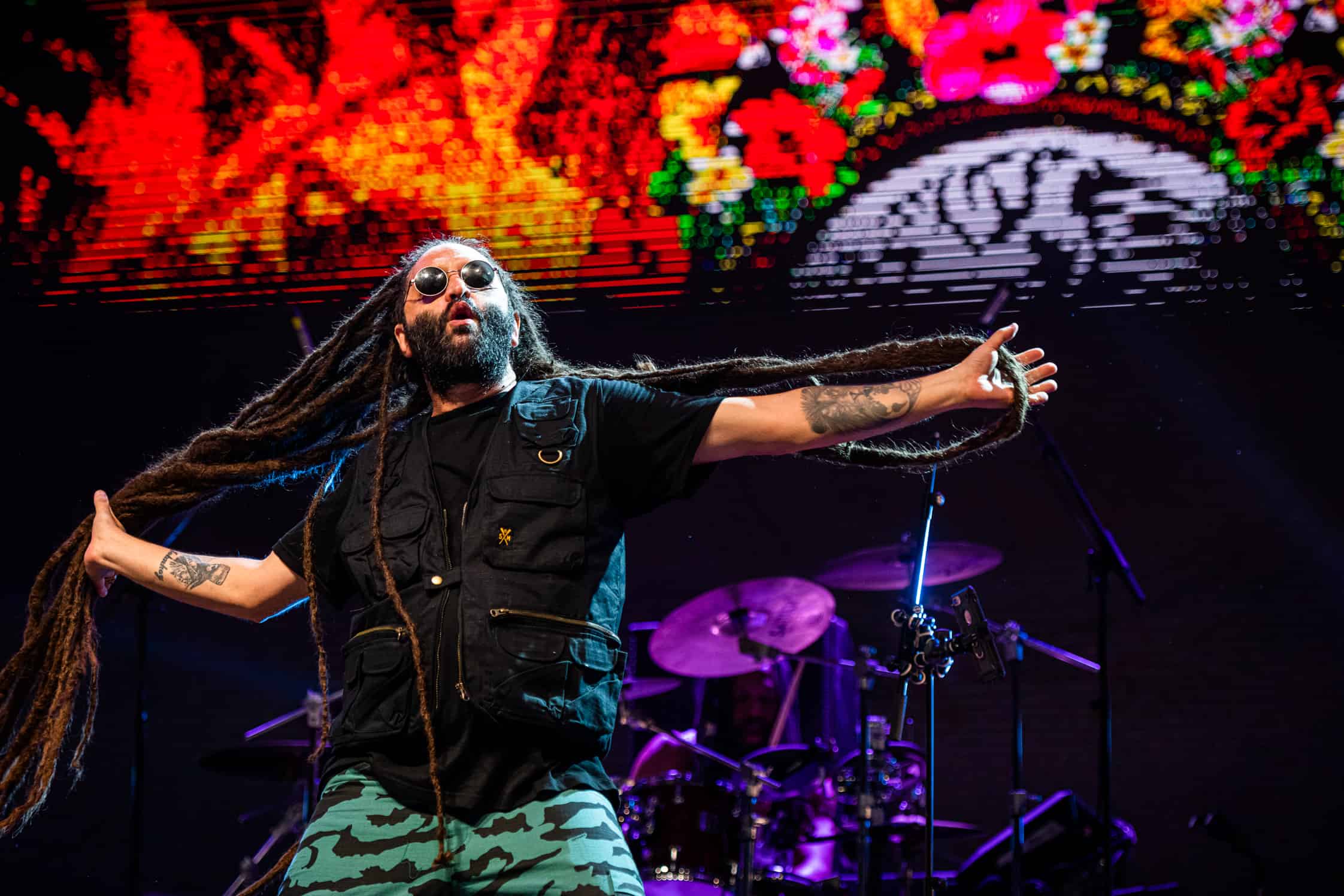 After Mala, it was the turn of Alborosie, a world reggae phenomenon. An Italian living in Jamaica for many years, who collaborates at the same level with the biggest reggae stars. At this moment of night, Alborisie’s show turned into a real hurricane, that hit the Sunsplash squarely, alongside a band that also had horns and two guitars, to give the sound a total rock abrasiveness in certain moments.

The Italian artist was in top form, addressing the audience even in Spanish between songs, to tackle his hit list with determination and move from roots and rub-a-dub sounds to almost dancehall moments.

The audience reacted enormously during the interpretation of songs today considered as great reggae classics like ‘Police’ or ‘Herbalist’, while at the end of the show the duet with the Spanish artist from Green Valley, the melody of ‘Kingston Town’ or the moment of collective madness enriched by the wild presence on stage of a young dancer, stood out.

A perfect explosive ending to the great evening that we will witness this Monday night, on the last day of the festival.